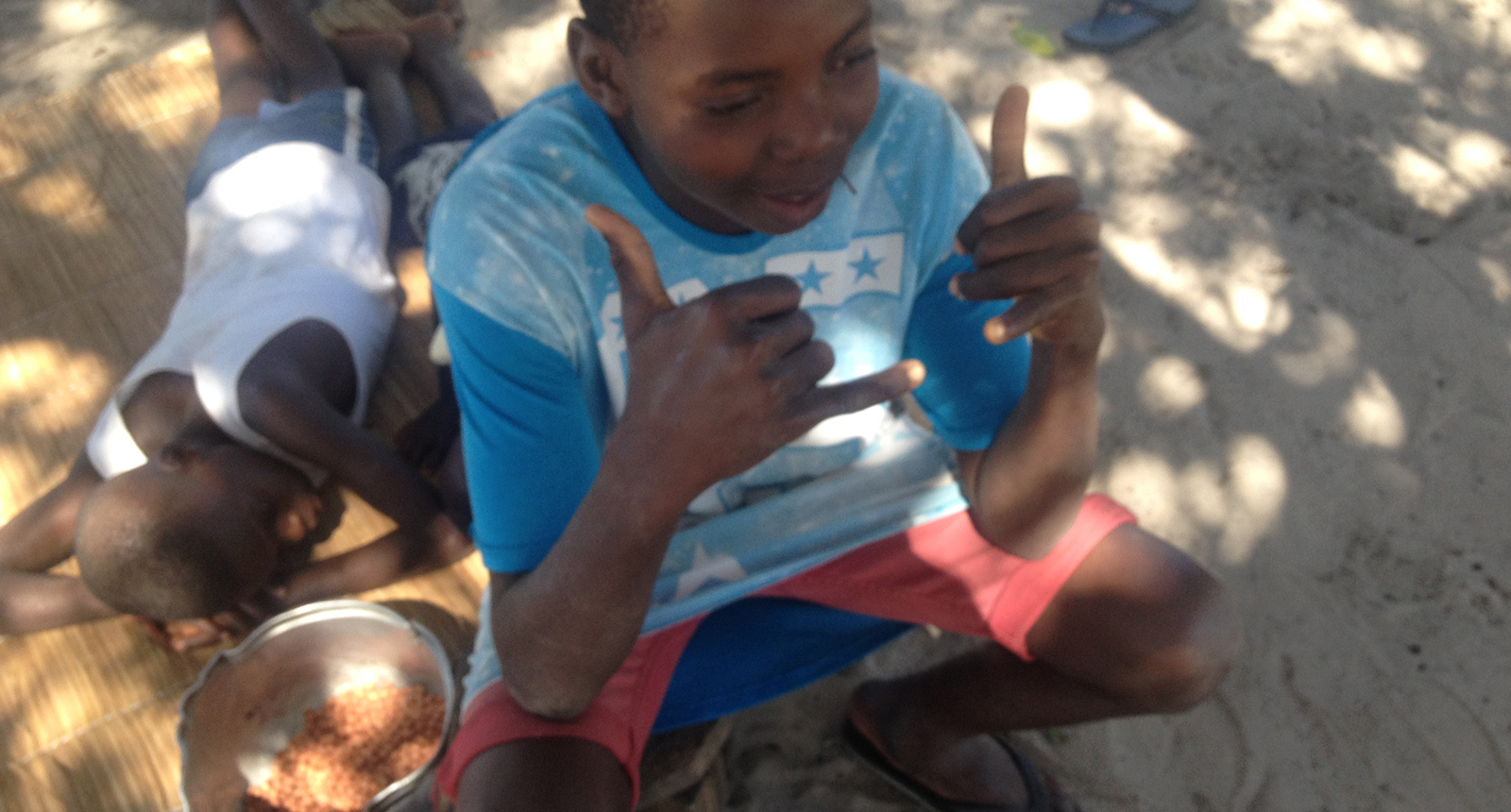 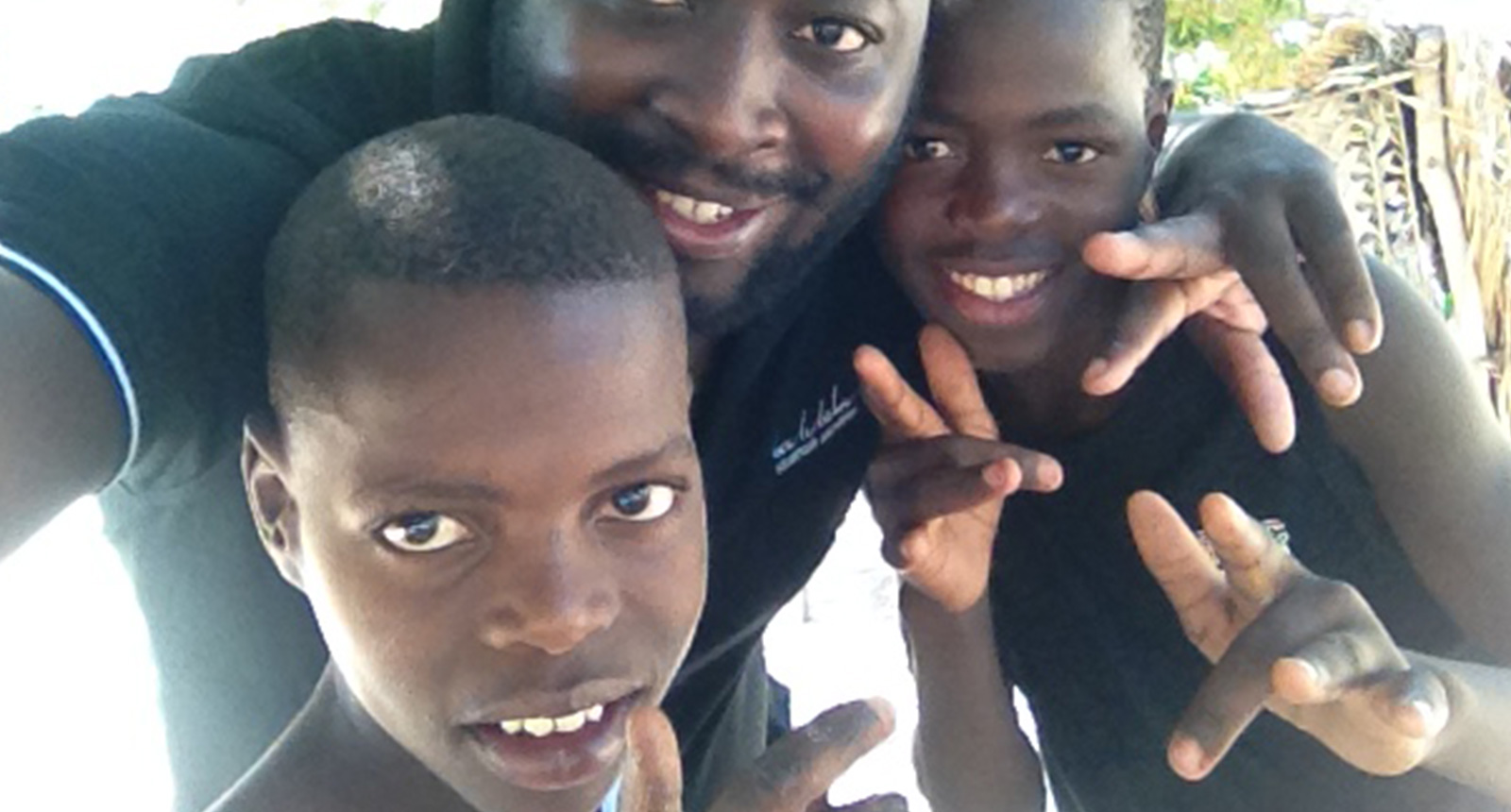 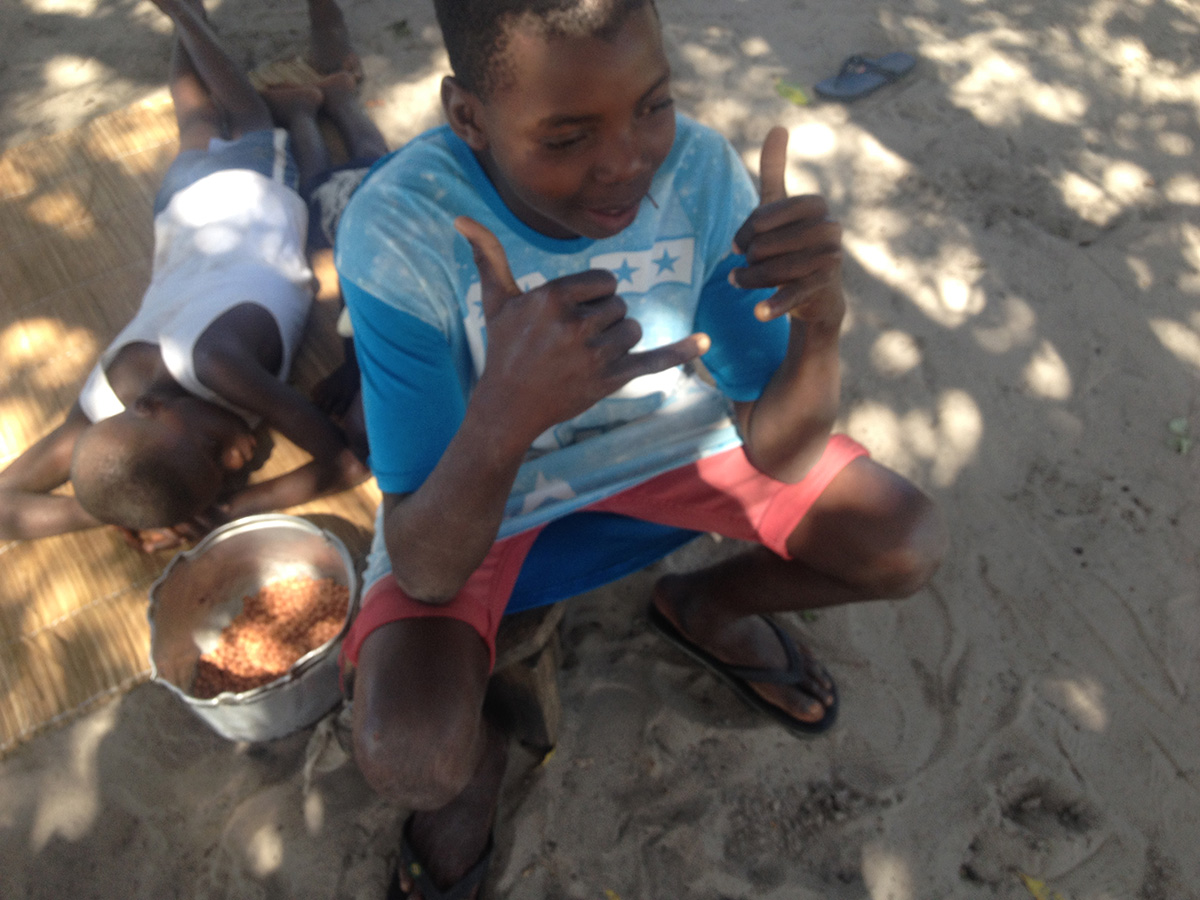 This is a very touching, saddening experience and so unusual during our visit at Ngalumwe village of a very innocent young boy called Eugenio Carlos. Eugenio is one of two brothers. His undisclosed elder brother is married and stays with his wife and family in a distant village far away from Ngalumwe. He lives under the custody of a family relative who also has a big family. Eugenio´s parents both passed away in 2015 at the same year. His father died from a very tragic horrific accident that left him unidentifiable when he was travelling on a business trip with his other workmates.

Eugenio was subjected to a great loss because his mother was left with a great burden of looking after the family because the father was the single earner. His mother was not employed and his brother was also not working and still under the custody of his mother that day. Engenio narrates, that the mother had a very tough life to raise her two sons after her husband died. During that year the mother woke up every day at 3am to hunt for part-time jobs from nearby farms. At the same time the mother tried as well to balance the duties of tilling the fields at their village farm which was also supposed to be the major drive to the family sustenance.

He explains further that his brother that time was also very young and still going to school. He says the mother would sometimes come home empty handed from the part time jobs because it was not an easy task to be lucky to find some jobs.

The disaster came on top of this very precarious life when his mother fell very sick. He could not disclose the type of sickness but from his explanation you could tell that she might have been extremely sick. He almost break out in tears and we saw him trickling from his eyes as he narrated. He went on to explain that the situation became even worse since the mother was spending more time bed-ridden. Sometimes when she recuperate, she woke up and was able to look for part- time jobs. But this was only for a few days. He explained on how he survived on wild fruits. The local community and relatives could not assist as well because it was also difficult for them at their homesteads. They were on their own.

It did not take long before the mother took the next step. She fell deeply sick to the extent of even being unable to wake up, eat, bath and even walk to the toilet. She depended on care for a couple of months and suddenly passed away, the boy explains.

More trouble came because he was only left over with his elder brother who lived far away. He narrated that he became subject to abuse from local people who would hire him to work in their fields for unequitable payment according to the amount of work he had done. After a while, a few months after their mother passed away, his brother decided to look for a job at a nearby farm to help his brother now and then. Suddenly his brother got married and came back to the farm but the brother had already sired three children and was unable to assist him as well.

By that time he had started his grade one. Life became so difficult for him especially in terms of food. He says that two years have past by since his parents past away and he just turned 11 years. Eugenio is not attending school anymore. He decided to solely rely on doing part time jobs every day of his life. He explained that in the morning he attends to feed chickens, water the gardens and maintains the gardens at a nearby farm and spend the rest of the day in the fields. The brother does not assist since he has his own family commitments.

Eugenio feels the pain of not having a family to look after him since he is an orphan. He feels very lost at his age to be looking after himself when other children of his age are attending school and enjoying the custody of parenthood and family.

He wants to be at school like any child of his age and have a brighter life ahead of him. The hut which he shares with his brother and family is very immoral. He dreams that one day, he can go back to school and learn like any other child of his age.

He needs proper clothes, parental care, school equipment, food . He is not enjoying life at all since he cannot balance play time with work and stress he suffers from.

If you are keen to support these kids please send us a short e-mail to sponsorship@kululeku.org 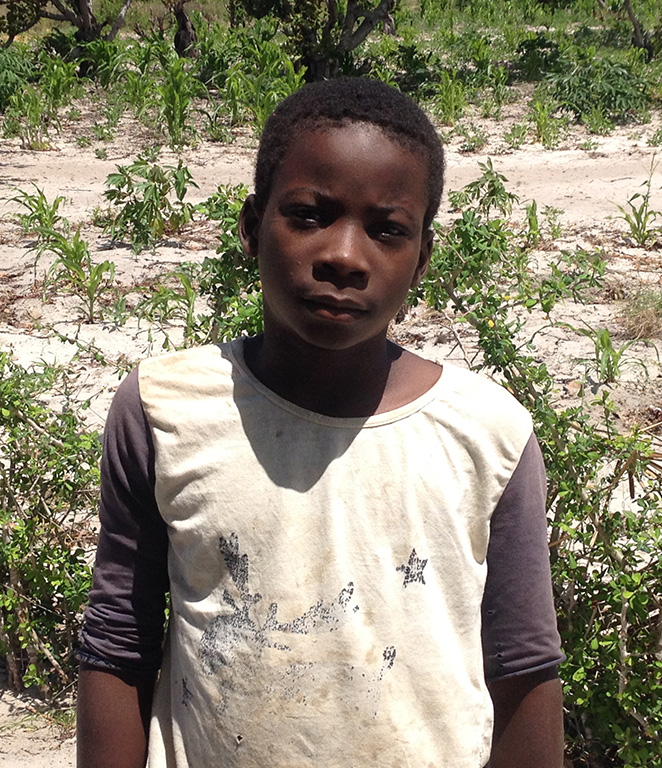 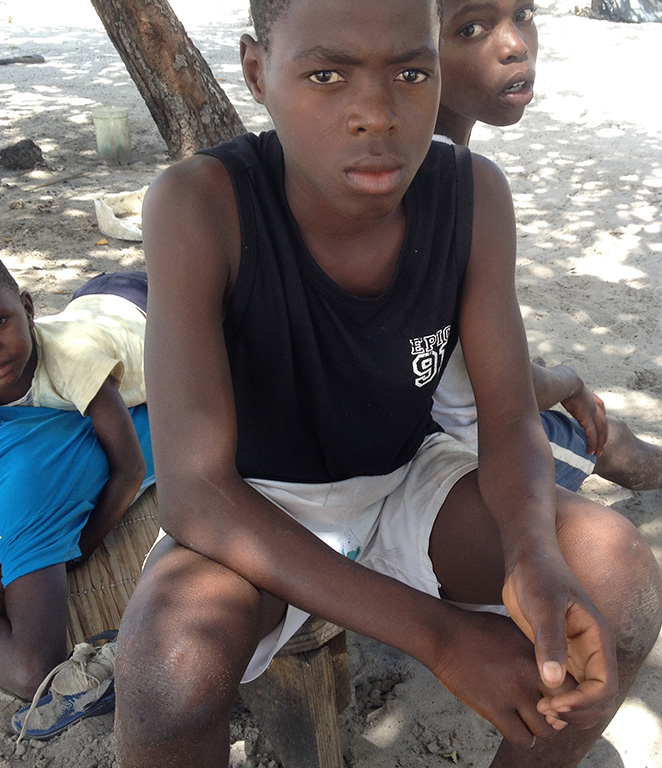 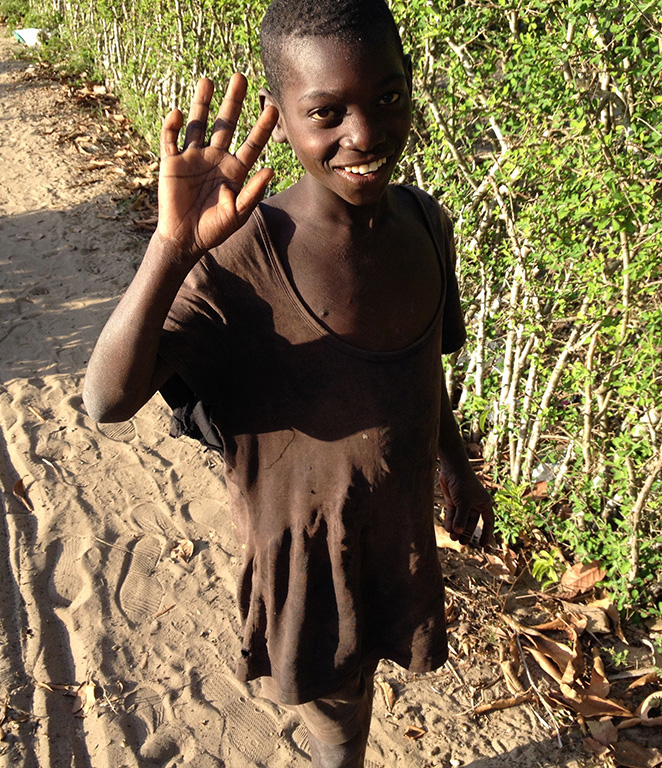